The kidneys repair after injury through the proliferation of tubular epithelial cells. This proliferative repair is physiologically self-constrained, and early expression of cell cycle inhibitors p53 and p21 reduces initial injury, suggesting that transient cell-cycle arrest might be beneficial in acute kidney injury. These observations prompted the development of a project with multiple axes, aimed at (1) understanding the relationship between cell proliferation and energy production/expenditure, (2) characterising this relationship and its consequences in the early and late stages following an AKI, and (3) evaluating how cell proliferation could be modulated in order to favour renal repair and prevent the transition from AKI to CKD.

We have previously identified Nupr1 (Nulcear Protein 1) as an early stress-response gene conveying epithelial protection in an acute model of renal toxicity. NUPR1 exerts its renoprotective effect during the early phase of AKI by preventing excessive cell proliferation and energy expenditure in the injured tubular epithelium.

Using a combination of state-of-the art in vivo and in vitro techniques on human and animals models, we are currently pursuing the following projects : 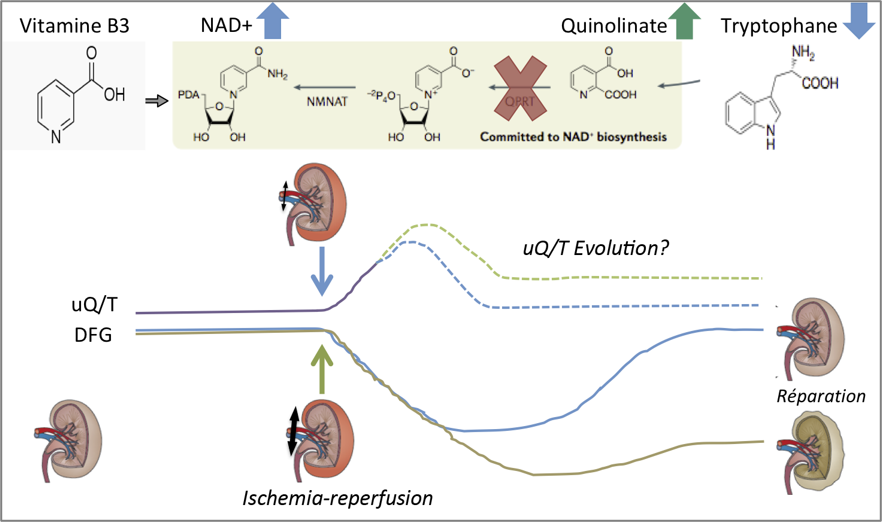